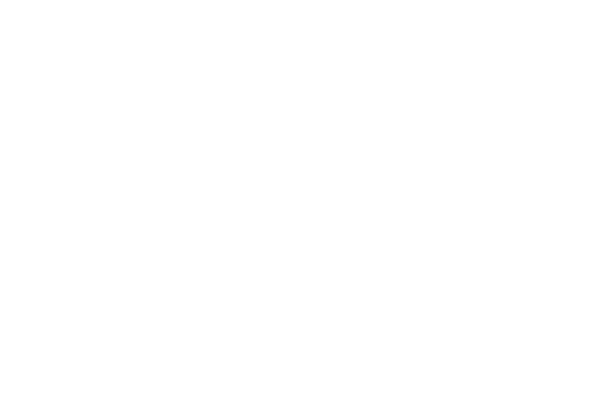 LOG-LINE
Two best friends follow the century-old trail of a mysterious Baltimore rocket builder and the spaceship he built that would rocket him to Venus.

SYNOPSIS
Geoff Danek, a Hampden, Baltimore restaurant owner, buys a house closer to his work… When a friend shows him an article about three guys who supposedly built a rocket to Venus in his garage, he talks his childhood buddy and business partner Brian “Buck” Carey into helping him find out more about these amateur scientists.

Road Trip!
Rocket To Venus follows Geoff and Buck on a cross-county road trip retracing the steps of Robert Condit, the “mathematical genius” who, with the help of brothers Harry and Sterling Uhler, built a rocket in Geoff’s small garage nearly a century ago.

From Baltimore to Miami and points beyond, they’re tracking down family, friends, or anyone else who can get them closer to finding the rocket – and closer to discovering who Robert Condit was – a rocket builder who believed he could blast himself into space and onto Venus.  It’s a trail of rocket fuel and money, in search of a spaceship, and ultimately unravel this head-scratching, science-defying mystery.

This crazy true story follows two best friends uncovering an outrageous tale about three men who built a bullet-shaped spacecraft and aimed it at an impossible destination! But beneath all this craziness is an internal spirit of a time in history when anything was possible. A time when people weren’t inhibited by their perceived limitations.

By telling this story from Baltimore’s eclectic history, we hope to open the intersection of science and community. Rocket To Venus is a window into Baltimore’s past, telling a story of men pushing past their limits and testing the impossible. At the core is a story of friendship and perseverance. A reach for the stars, anything’s possible, can-do spirit that lies within us all.

As H.G. Wells once said, “Human history in essence, is the history of ideas.”

Baltimore is a “build it” town. Dream it and do it. It’s a spirit that’s embodied the people here for centuries. We aim to harness that spirit and enthusiasm of dreaming big and building something even bigger. Our mission is to bring this story to the world. Along the way, we hope to inspire the young  and young at heart to follow their interests and scientific curiosity. And, as a way to inspire budding astrophysicists, our goal is to create a summer STEM Replica Rocket Build Challenge Program where Baltimore City and surrounding counties public school children can attend this unique STEM-based retreat, so they too can reach for the stars.

When we began this project, our goal was to do something beyond making a documentary… We wanted to find a way to energize and impassion young people to follow their dreams, to go beyond what is seemingly impossible, and to reach for their own Venus!

Our vision is to create a STEM (or STEAM) rocket build challenge program in the spring of 2021! STEM students from an area Magnet HS along with Baltimore City MS students can attend a 2-3 week-long “rocket camp” to build a replica of the rocket Robert Condit built in 1927, but using modern fuels and engines. They’ll receive mentorship along the way from actual rocket scientists, and it all culminates with a rocket launch of the rocket they built themselves! Our hope is that the “Rocket To Venus Replica Rocket Build Challenge” will get kids from across the state excited about rocketry and aerospace in a fun and tactile way.

And, that’s not all… We’re going to film all of it. We’re creating a mini-doc about this unique STEM student rocket build challenge program – following the students from the rocket labs to launch pad.

We’re currently building our team of rocket scientists and STEM instructors, and preparing for an all systems go launch! We have full support from an area Magnet High School, and several local universities have expressed interest in providing facilities, plus the Maryland and Delaware Rocketry Association have signed on to provide guidance and a launch facility… These strategic partnerships are key to a successful program, which presents a fantastic opportunity for our corporate partners.

Our goal is to create a Rocket To Venus Replica Rocket Build Challenge STEM pilot program that will grow into an annual event…  And provide a unique branding opportunity for our corporate partners. Our corporate partners become sponsors of the film and the STEM rocket build challenge program through a strategic cross-platform marketing plan – a fantastic branding opportunity, with name and logo attached to the film, the mini-doc, website, marketing materials, the rocket itself, and events like film premieres, and of course the rocket launch! Guaranteed to be a spectacle!

Join us for the ride! 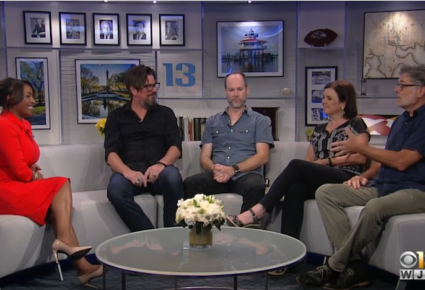 Coffee With: Rocket To Venus
This interview with our producers was featured on WJZ-TV Morning Show and published by WJZ on August 8, 2019. 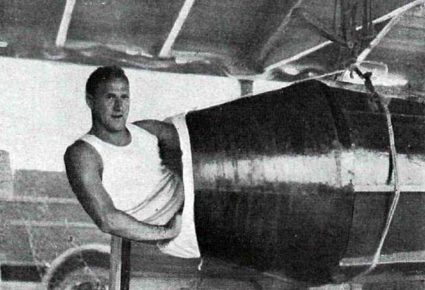 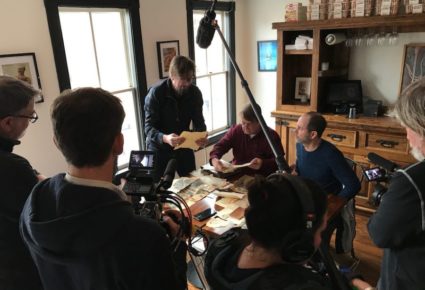 Rocket to Venus owners fundraising to film their search for a long-lost spaceship
An article by Ethan McLeod in Baltimore Fishbowl. 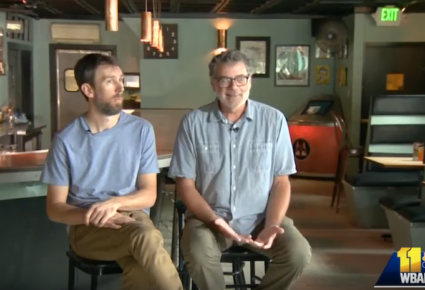 RTV on WBAL-TV 11 Baltimore
In July 2019 Rocket to Venus The Film was featured in the 5 PM newscast by Jason Newton and WBAL-TV.
Send A Message

Please contact us for sponsorship and investment opportunities.
[email protected]